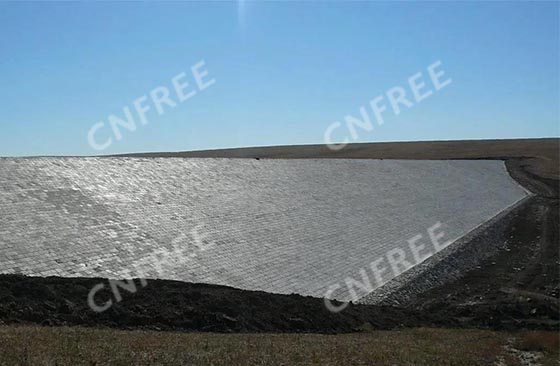 Gold cyanidation process has a history of more than 100 years. Due to its simple process and high gold recovery rate, the gold cyanidation method is widely used by many gold miners. Due to the low grade of gold ore, the tailings production rate is almost 100%. Since cyanide is highly toxic, cyanide tailings will cause serious environmental pollution. Therefore, many countries around the world have begun to formulate relevant regulations to control the cyanide content in tailings produced by gold cyanidation plants.

It is estimated that the annual mine waste generated by the gold mines in the United States is about 68 million m3. Cyanide tailings is a special managed solid waste. The Universal Treatment Standard published by the US EPA stipulates that the total cyanide content of hazardous waste landfills must be less than 590.00 mg/kg, and the content of easily released cyanide must be less than 30.00 mg/kg.

Australia compiled and issued the “Manual for Tailings Management” in 2007, focusing on the tailings management system and related technologies. At the same time, it is stipulated that when the concentration of cyanide (weak acid decomposable cyanide) in the liquid phase of cyanide tailings is lower than 50 mg/L, it can be stored in the tailings pond. Australia stipulates that when the cyanide content of the cyanide tailings filling mortar is lower than 50 mg/L, the underground goaf can be filled. At present, there are 3 gold enterprises engaged in underground filling production.

(2) The gold mine should have sufficient data to show that the concentration of weak acid soluble cyanide in the liquid in its tailings pond, heap leaching facility and solution pool does not exceed 50 mg/L.

(3) Gold mines should prove that if the weak acid soluble cyanide in the open water is not more than 50 mg/L, it can prevent a large number of wild animal deaths.

(4) If gold mines directly discharge wastewater to surface water, the concentration of weak acid soluble cyanide in the wastewater shall not be greater than 0.5 mg/L. But at the same time, it is also stipulated that the storage site needs to be managed for leakage prevention to ensure that the concentration of cyanide (weak acid decomposable cyanide) in the groundwater at the site and downstream does not exceed the local groundwater environmental quality standards.

(5) When discharging cyanide tailings into the river, a certain length of mixing zone can be set up with the permission of the regulatory authority. However, the concentration of free cyanide in the downstream water of the mixing zone shall not be greater than 0.022 mg/L. You should also explain how you measure it.

(6) If the gold mine has indirect drainage, the concentration of free cyanide in the downstream flow of the mixing zone shall not be greater than 0.022 mg/L.

In addition to the above several countries and associations, countries such as Egypt, Sudan and Ghana have also introduced policies banning the use of sodium cyanide in some gold mines. More and more countries have realized the seriousness of cyanide to environment pollution. Cyanide – free gold extraction will be the new trend of gold mine production in the future.

To solve this problem, ITAO Mining Reagent Co., Ltd developed a low-toxicity gold dressing agent, which can 100% replace sodium cyanide without changing the original leaching process and equipment, as well as meet the advantages of both sodium cyanide and eco-friendly leaching reagents.

If you want to learn more about the cyanide tailings management policy, or want to consult the low-toxic gold dressing agent, you can contact the online customer of the website or submit a message, we will contact you as soon as possible!