7 Q&A about Sodium Cyanide Use in Gold Mining 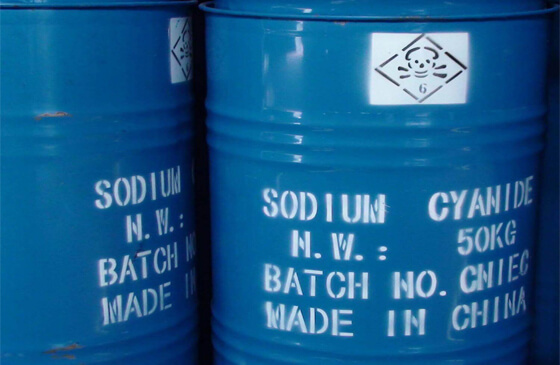 In 1969, sodium cyanide was successfully used in the heap leaching project of the Carlin Gold Mine in the United States. With the development of the carbon slurry method, by the 1980s, it has been adopted by gold mine cyanidation plants all over the world.

2. Why sodium cyanide, not other cyanide agents?

KCN is the earliest agent used in the production of gold extraction by cyanidation, but its ability to dissolve gold is lower than that of NaCN, and its price is more expensive than that of NaCN, so it is gradually replaced by NaCN.

The cheapest is Ca(CN)2. However, Ca(CN)2 is easy to produce side effects that are not conducive to gold leaching.

Therefore, considering factors such as the relative solubility of cyanide to gold, the stability, the influence of impurities on the process, the price and the reliability of supply, sodium cyanide has become the preferred agent in the production of cyanide gold extraction.

3. How to use sodium cyanide to extract gold?

Heap leaching method: accumulate low-grade oxidized ore on an impermeable site, and intermittently spray the ore heap with dilute alkaline sodium cyanide solution to dissolve the gold, and the pregnant percolates out of the ore heap. The gold is recovered from the gold-containing solution by the activated carbon adsorption method or the zinc replacement method, and the lean liquid is supplemented with sodium cyanide and returned to the spraying operation for recycling.

4. What is the price of sodium cyanide?

The price of sodium cyanide fluctuates all the time.

5. Who are the manufacturers of sodium cyanide?

The sodium cyanide market is a comprehensive market, and the top 10 companies occupy more than 60% of the market share in terms of production capacity.

6. What should be paid attention to when using sodium cyanide?

Cyanide is highly toxic, so precautions must be taken in production. The main preventive measures are:

7. What are the alternatives to sodium cyanide?

Compared with sodium cyanide, CNFREE has low toxicity, stable properties, higher leaching rate and lower price. The scope of use of the agent is similar to that of cyanide, and in terms of process production, there is no need to increase or modify the original cyanide gold leaching production equipment. It can better meet the requirements of green and safe production.

These are the answers to the 7 major questions of sodium cyanide use in gold mining. When you use cyanidation to extract gold, you can choose sodium cyanide or CNFREE gold leaching agent. Manufacturers generally provide customers with free samples for leaching tests. You can confirm the cooperative manufacturers based on test data, chemical prices, and transportation costs.